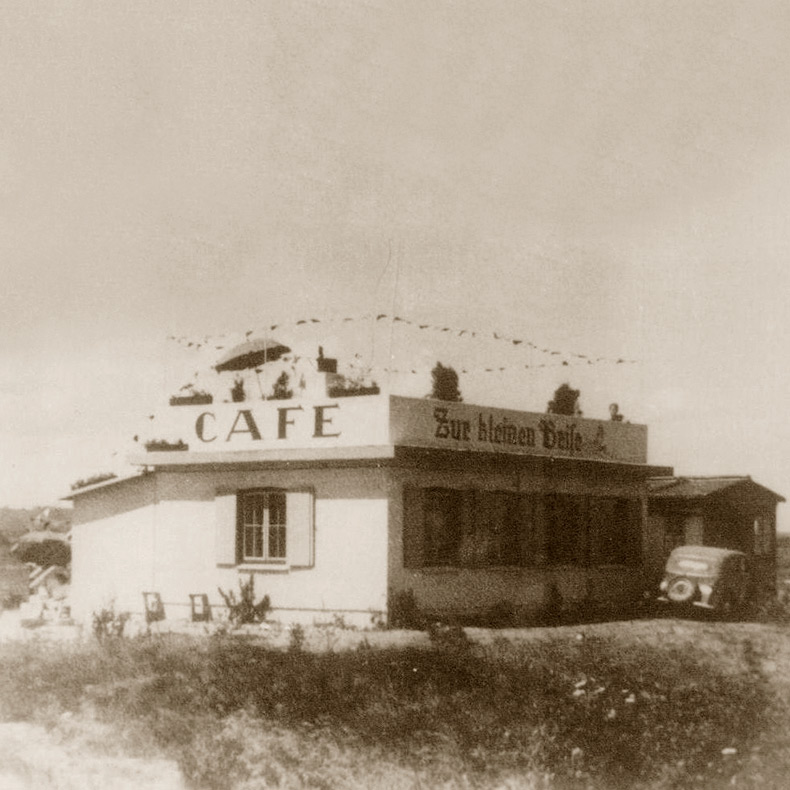 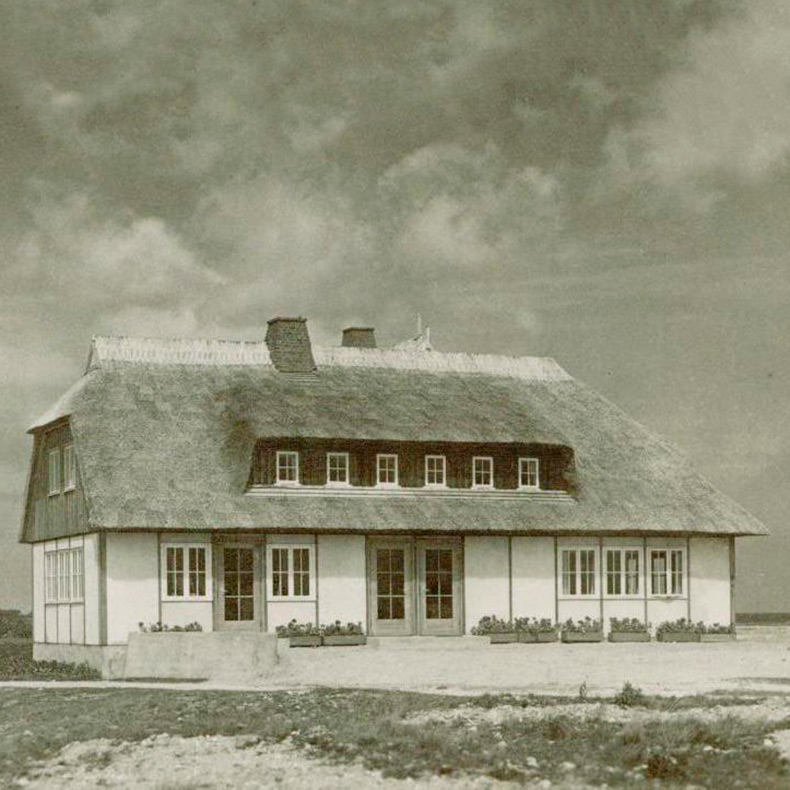 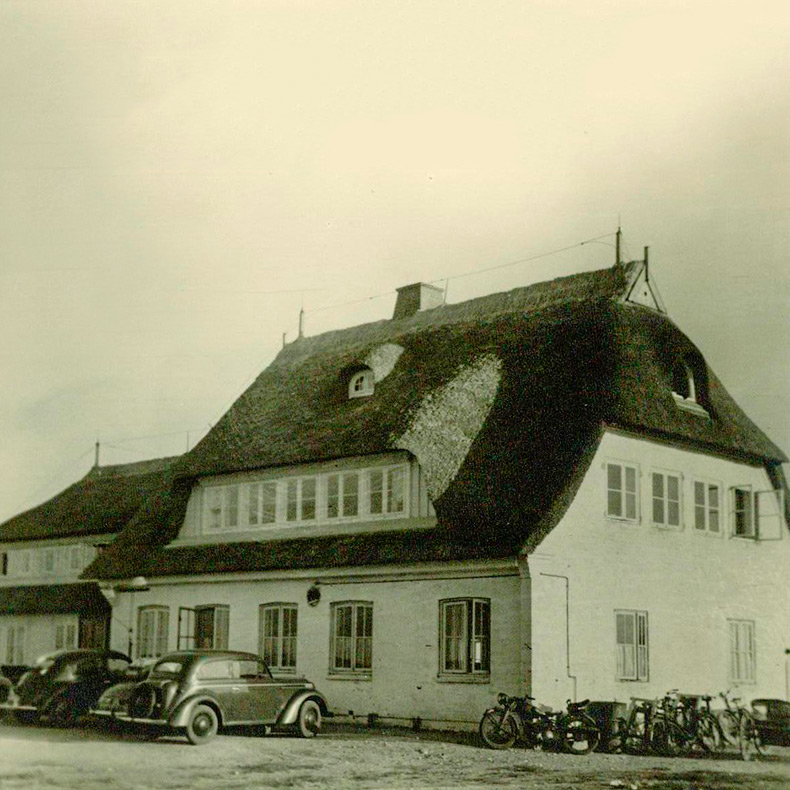 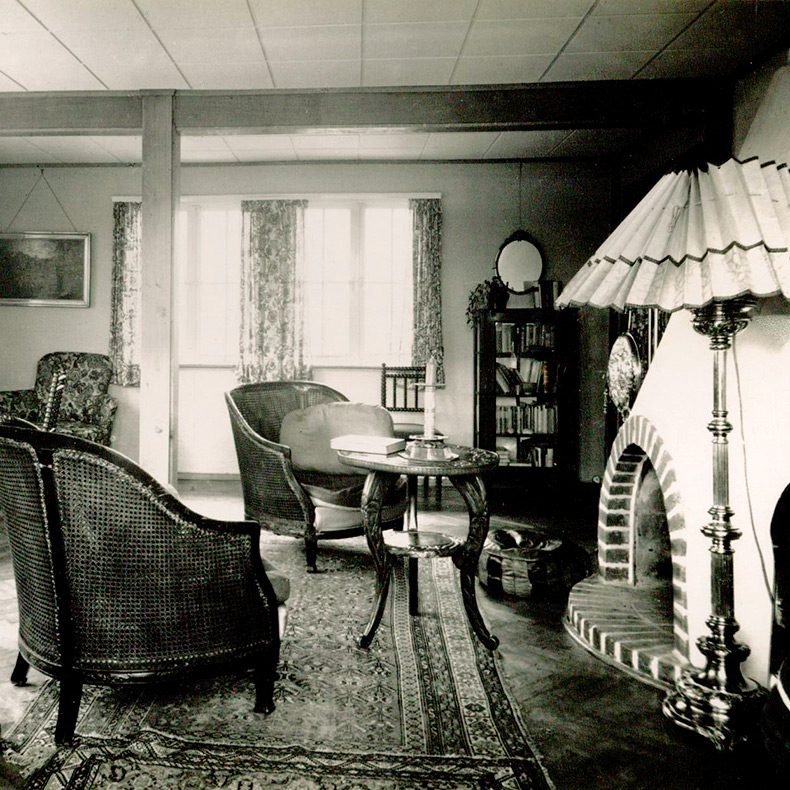 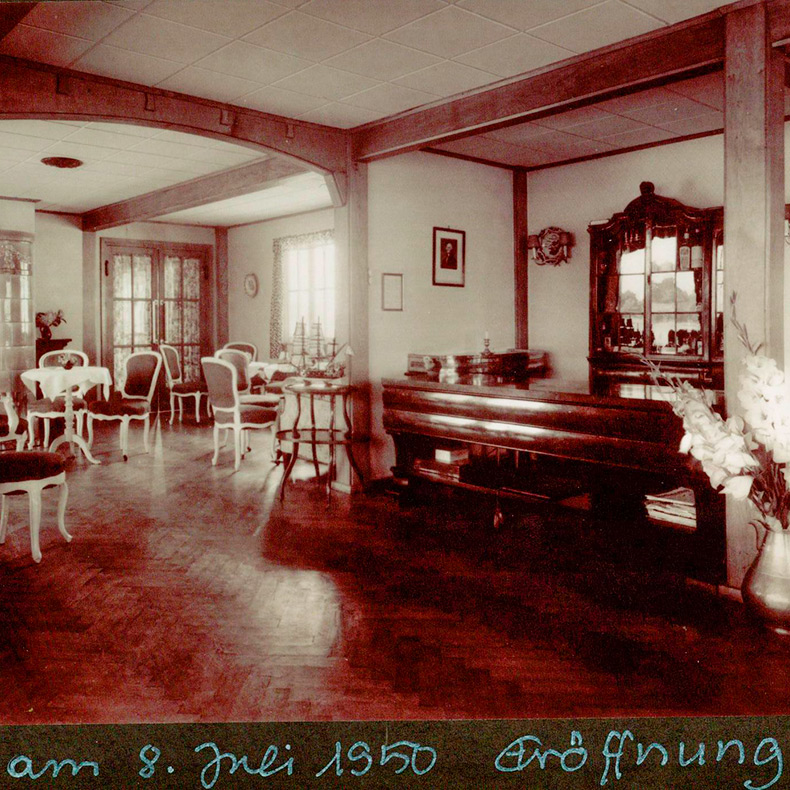 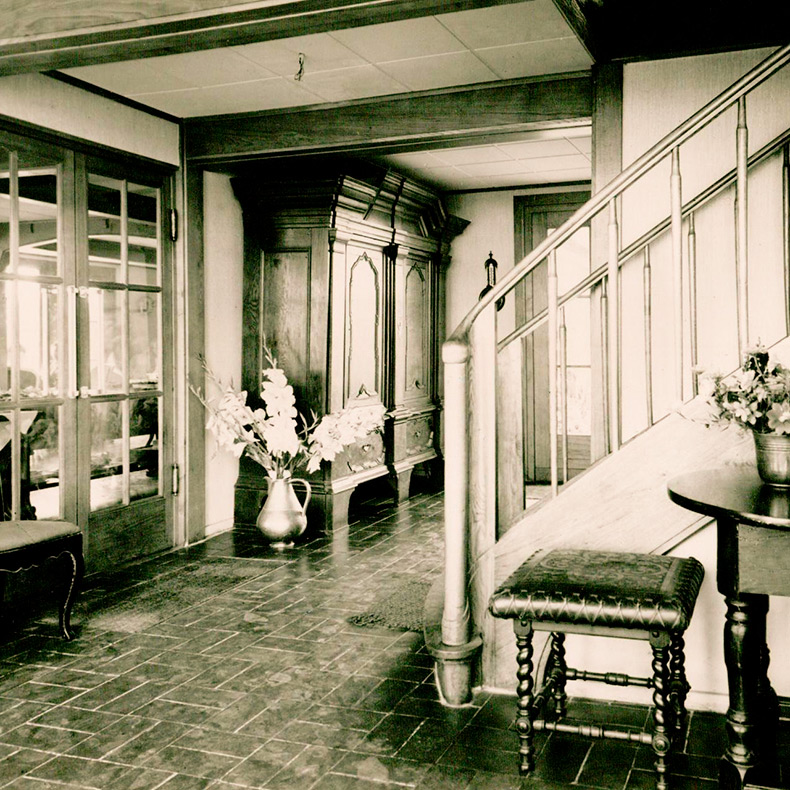 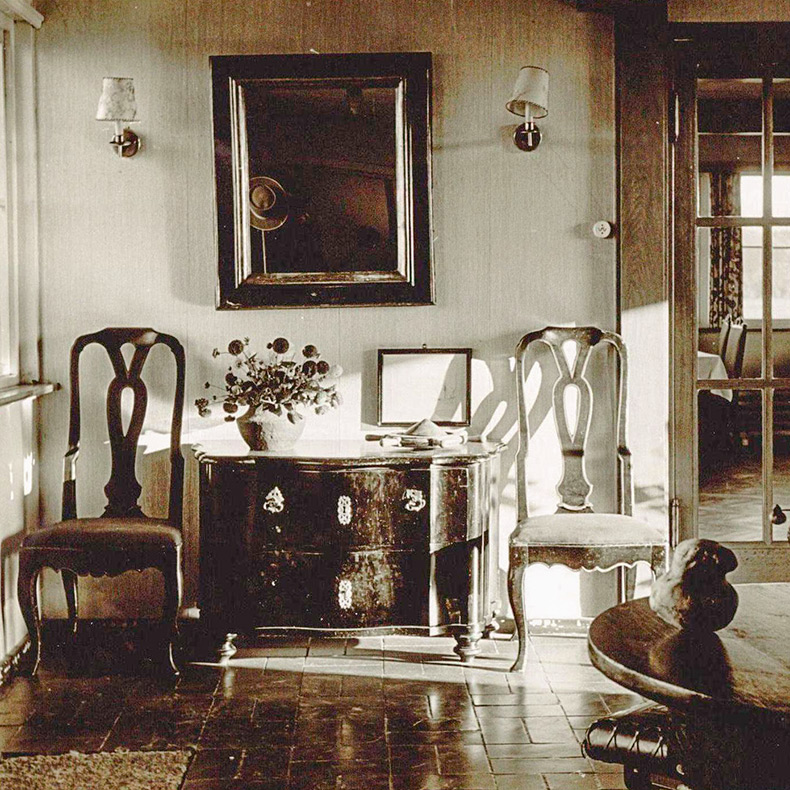 The History of the Genueser Schiff

The land surrounding the Genueser Schiff has been family owned for generations, but the former hunting grounds only became suitable for building after they were enclosed by dykes following the legendary storm flood of 1872. The hotel itself was built later.

The hotel was founded by Countess Waldersee, who named it after a line in the poem ‘Toward New Seas’ ('Nach neuen Meeren') by Friedrich Nietzsche. Her son, Philipp Brandt, added the second verse to the poem when he took over the hotel:

In the early 1940s, the navy set up an anti-aircraft training centre in this area but, by 1945, only a deserted observation post remained. After the war, this was turned into a café called ‘Kleine Brise’ (Light Breeze), where many interned soldiers met to eat and drink. The scene at the café began to get a little wild, so the military government requested the rightful owner, Countess Gabriele von Waldersee, to restore order in her coastal lands.

She decided to turn the café into a summer hotel, and this is how the fishing village of Hohwacht was reinvented as a seaside holiday resort. The architect Karl Schöning designed and constructed the original hotel in just two months using prefabricated elements, and the first summer seaon began on 8 July 1950. The pioneering spirit of the time was captured well in the house joke: "We only have one bathtub in the house, but the big bathtub is out at the front." The rooms at the time were like sailor's cabins and the walls were very thin.

In 1960, Countess Waldersee modernized the hotel and extended it to three times its original size, using the oriignal architect to preserve the special feel of the hotel. It remained a pure summer hotel, which she ran for many years with the help of six maids, some of whom were her own relatives.

Today, Countess Waldersee's son, Philipp Brandt, continues the family tradtiion. Brandt learned the art of haute cuisine in Switzerland and has engaged first-class chefs to work in his resaturants. He established the legendary ‘Strandkorbcafé’ (Beach Chair Café) on the beachfront and the hotel's cosy Bistro Bar. He also created the first-floor breakfast room with its captivating panoramic view and added the Genueser Country House and the Chimney House to the fleet. In 2000, the transformed hotel was awarded the Tourism Activity Grammy for its 'sleep-late hotel' concept.

In 2007, the renowned Dutch architect Jowa I. Kis-Jovak began development of a colour scheme and lighting concept for the entire hotel, which provides a unique combination of form, function, and comfort. All of our guest rooms have a special Genueser Schiff touch, with olive wood floors, selected decorations and individual furniture that inlcudes some original pieces from the Countess's manor house. The mix of legacy and contemporary elements provides our guests with a choice of harmonious, individually designed rooms.